On 12 November, Defence Minister Artis Pabriks, Chief of the Defence of the National Armed Forces" Lieutenant General Leonīds Kalniņš and President of mobile operator Latvian Mobile Telephone Juris Binde inaugurated the first 5G test site in Europe at the Camp Ādaži. Mobile 5G base station, ensuring 5G functionality at the site, will contribute to an ecosystem for development and testing of next generation wireless technologies.

‘It was only a matter of time before innovative 21st-century technologies were introduced in national defence sector. Once we found smart and responsible way of using these technological innovations, we were able to ensure they benefit all people’s well-being and security. We are ahead of the curve in this respect, a global leader, and more importantly we are building on locally developed technologies. This demonstrates our ability to implement large-scale strategic projects for national defence system and our value as an international partner,’ stressed Defence Minister Artis Pabriks.

‘Latvia has all necessary prerequisites: top-notch experts, know-how, viable ideas and state-of-the-art technologies required to develop products with higher added value. Solutions developed in collaboration between researchers, business and defence experts will significantly boost our national defence capabilities and will bring Latvia on par with global aviation and defence technology market players. Moreover, 5G test bed allows us to work on next generation wireless technologies here, at the Camp Ādaži where we can test new future solutions that will make our armed forces more technologically sophisticated,’ said Chief of the Defence Staff Lieutenant General Leonīds Kalniņš.

‘Under leadership of LMT, we are currently delivering 5G testing platform for research and testing of new 5G defence technologies and innovations. It will form an ecosystem with plugins for various Latvian companies and researchers, an environment for researching and developing future solutions that national armed forces will be able to test and, hopefully, run in 5G environment. The potential of 5G networks is huge. This test site has what it takes to give a major boost to local exporters and bring military technologies to a new level of development,’ noted President of LMT Juris Binde.

Inauguration of Camp Ādaži 5G test site included test runs of locally developed 5G innovations. One of such demonstrations involved medical training based on 5G virtual reality software developed by Exonicus, which allows soldiers participating in training to use augmented reality goggles manufactured by LightSpace Technologies to conduct training exercises in a specially created virtual room. Another demonstration involved Natrix, a locally researched and developed remotely controlled smart platform. This platform is suitable for small-scale unit-level tactical tasks, for example, moving the wounded or supplying of ammunition during a combat. Another product showcased during the inauguration was computer vision device that allows detecting people and objects developed for the National Guard.

Several innovations showcased during the event are co-financed from Ministry of Defence Grants, while experts of the National Armed Forces provide beneficiaries with necessary consultancy and testing site infrastructure required to allow them focus on their projects.

Camp Ādaži 5G test site created in collaboration between the National Armed Forces and technology company LMT is a platform for application and development of technological innovations tailored to national defence system needs.  It provides an infrastructure for development and testing of various sensor technologies, defence systems and platforms, including unmanned solutions, and thus gives vital boost for the development of national military technologies and exportability of products generated by local technology companies.

Artificial intelligence innovations and machine-learning applications implemented in 5G network will lead to new technology-driven defence capabilities for autonomous supply, better connectivity at field-command and control level and reduced network latency or delays. Faster 5G network will provide higher real time big data transmission rate and reduce the size and weight of combat platforms, including, for example, the weight of backpack base station carried by soldiers.

The new ecosystem at Camp Ādaži will also facilitate the work of National Guard Applied Research and Innovation Centre in testing new technologies and their potential application during military operations and training.

The unveiling of Camp Ādaži 5G test site has been aligned with 5G TECHRITORY, 3rd Baltic Sea Region 5G Ecosystem Forum that takes place in Riga on 11-12 November. This virtual conference is attended by more than 180 5G experts and about 3,000 participants form around the world.

As announced earlier, LMT has teamed up with Ministry of Defence and Riga Technical University to work on a number of national defence innovation projects, including the development of IT system Viedsargs (SmartGuard), which is designed to support military communication, special sensor systems, artificial intelligence and computer vision solutions.

A consortium of Latvian companies and research institutes, with LMT as its lead partner, was created this year to implement the first national project of the European Defence Fund. Project aims to research and develop modular unmanned ground system.

This international project will promote cooperation between Latvian defence and security industry players and leading international military industry companies. It will also give National Armed Forces opportunity to engage in development of innovative technologies and customize them for Latvian army needs. 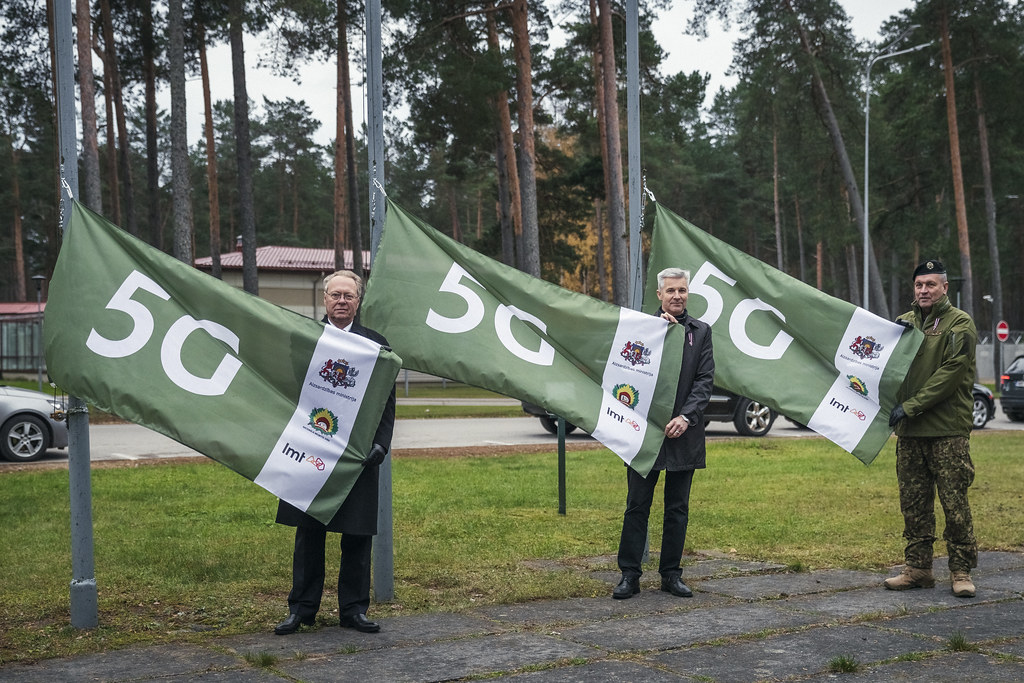