On November 4th, 2022, a 5-day operational experiment that integrated augmented reality/virtual reality software together with 5th Generation mobile telecommunications technologies in the military field, concluded with a demonstration at Camp Ādaži.

As part of the experiment, virtual reality, augmented reality  and 5G were used to optimize the way the technicians learn technical knowledge and skills, such as the remote piloting of military vehicles, and receive assistance from as many as several hundred kilometers away. Demonstration attendees also had the opportunity to witness virtual Joint Operations Centre pilot in action – its use across different communication networks and in virtual reality. “Fynd Reality” developed the software used in the experiment and demonstration.

The enhanced training and assistance capability will use technologies familiar to today’s digital natives and is expected to increase operational readiness, as well as save time and resources for subject matter experts who can reduce the amount of travel to support NATO capabilities.
“5th Generation mobile telecommunications technologies were developed to provide transformational opportunities in the civilian sector, but they also have the potential for military applications. The use of 5G, virtual and augmented reality can help the armed forces learn and use complex military equipment. The 5G test environment in the Ādaži military base, the dedication of the technical experts and soldiers the made the experiment a success.  Another success was that we learned a great deal together with the Ministry of Defence of Latvia, the National Armed Forces and industry, that will allow us to further develop capabilities within NATO using 5G technologies," says Warren Low, NATO Allied Transformation Command expert and project manager.

The experiment demonstration took place at Europe's first 5G military test site – Camp Ādaži. 5G test site Camp Ādaži was created in collaboration between the National Armed Forces and technology company LMT, and has recently been complemented by two new standalone 5G networks, built by Nokia and Ericsson, which enables the testing of defence innovations across a variety of networks.

“Experiments like this one develop our people to understand and apply emerging civilian 5G technologies with the help of industry. NATO processes can be optimized to improve the readiness of our capabilities to support alliance operations and missions. The outcome will be the readiness of transformative capabilities that will support NATO in retaining the technological edge. This is transformation in action,” highlights NATO Deputy Assistant Chief of Staff, Capabilities, Brigadier General Ivar Knotten.

“This demonstration reaffirms the international significance of the 5G military test site at Camp Ādaži and is an important step in the cooperation of the local industry with NATO. Given the current security challenges in Europe, it is crucial to purposefully strengthen the combat capabilities of the armed forces, including through the development of modern technologies and their application in the defence sector,“ emphasizes Latvia's Minister of Defence Artis Pabriks.

The 5G test environment for defence innovations at Camp Ādaži, created for the development and testing of new-generation wireless technologies, is part of the NATO Defence Innovation Accelerator for the North Atlantic (DIANA) program.

“Technological innovations play an increasingly important role in strengthening defence capabilities. This military test environment plays a central role as a hub where LMT, together with the National Armed Forces, the Ministry of Defence and allies from NATO, as well as the European Union, researches and develops various military case studies of 5G within the framework of security projects,” explains LMT President Juris Binde. 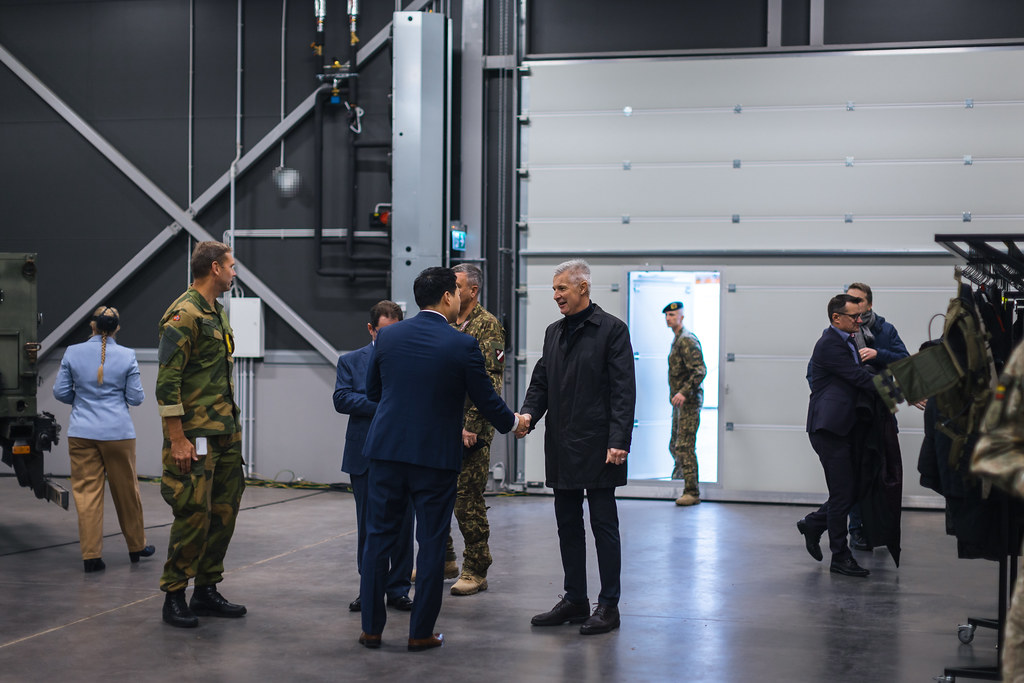