Ministry of Defence has announced the beginning of work on gradual introduction of State Defence Service in Latvia. In five years, Latvia will create a conscription service and all male citizens of Latvia aged 18-27 will have to choose one of the four types of military service: State Defence Service, National Guard, Section Commander University Course or alternative services at Ministry of Interior, Health or Welfare. Female population in this age group will be offered the same opportunities on voluntary basis.

“2014 made us focus more on rearming and better combat readiness of our armed force units. These goals have been successfully achieved. However, the security implications of Russia-Ukraine war have led to numerous new challenges. To overcome them, we need to boost our combat capabilities and develop army reserve. It has become apparent that we have exhausted the voluntary service potential of National Guard and professional service, while further increase of the number of military personnel is associated with excessive risks. That is why we need to focus on increasing the number of Latvian residents capable of joining defence forces in case of military conflict and I will propose Cabinet of Ministers to endorse gradual shift to State Defence Service. Latvian population must realise that in order to survive we simply must increase the share of population that has received military training and is ready to engage in combat. This should reduce the risk of Russia attacking Latvia at will,’ stressed Defence Minister Artis Pabriks.

In Phase 1 of the project, Ministry of Defence will target Latvian citizens aged 18-27 and offer them voluntary military training, which will become available as of January 2023. Next year enlistment will be carried out in two stages – in January and July. Ministry of Defence will develop recruitment procedures that will ensure transparent and fair conscription practices.

A citizen of Latvia will be required to serve one year, which also includes one month of leave. New recruits will undergo three-month basic training and three-month specialty course, while remaining five months will be devoted to integration into units and collective training.

All recruits will be socially protected. According to plans, each new soldier will receive a monthly salary of up to 400 euros, free food and accommodation in army barracks.

Ministry of Defence plans to increase the share of combat-ready population of Latvia in National Armed Forces to 50,000 in five-year period. Of these, 14,000 troops would form active service units, while 16,000 would join National Guard and 20,000 would form the reserve force. 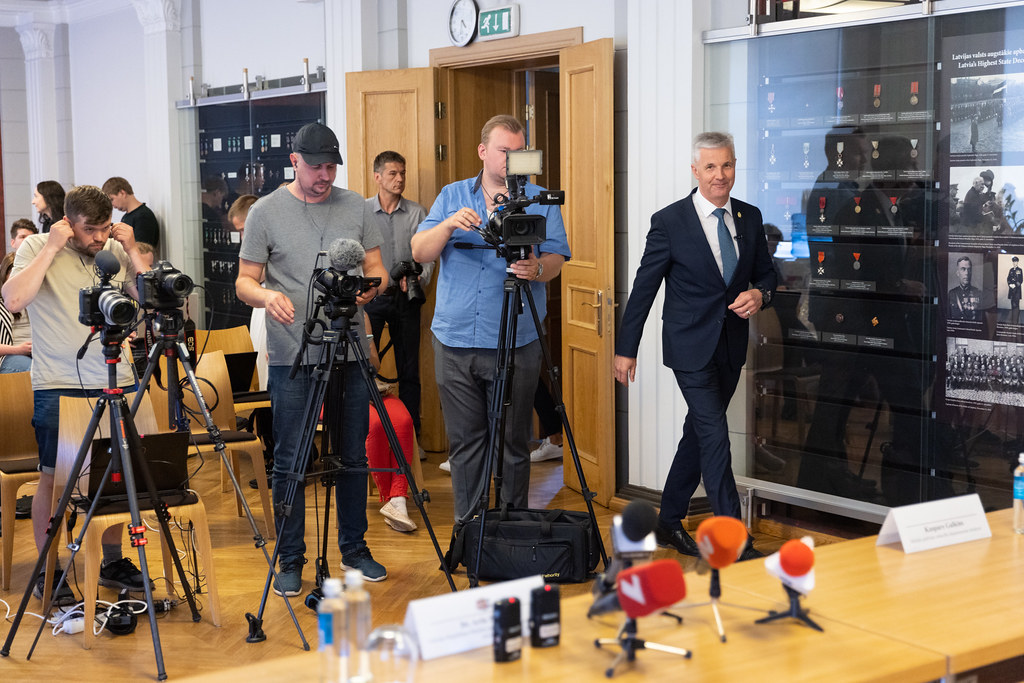