‘We are grateful to the outgoing Chief of Chaplains, Elmārs Pļaviņš, for many years of service to Latvia and international relations. And congratulations to the incoming Chief of Chaplains, Captain Estere Tumoviča who assumes her duties today. Captain Tumoviča is the first woman in this position in all the NATO countries,’ said Defence Minister Pabriks.

Captain Estere Tumoviča joined the army in 2018 when she enrolled in the National Defence Academy Officer Programme basic level. After graduation, she became the Chaplain of the Military Police.

Chaplain is a command officer who provides religious and moral support and guidance to the commander and personnel of the armed forces. Chaplain is directly subordinated to commander. Tasks of a chaplain include planning and organising of religious events and activities linked to ministry.

Chaplain, who is a commissioned officer, irrespective of his or her denomination, is required to provide spiritual support to all believers without any discrimination. 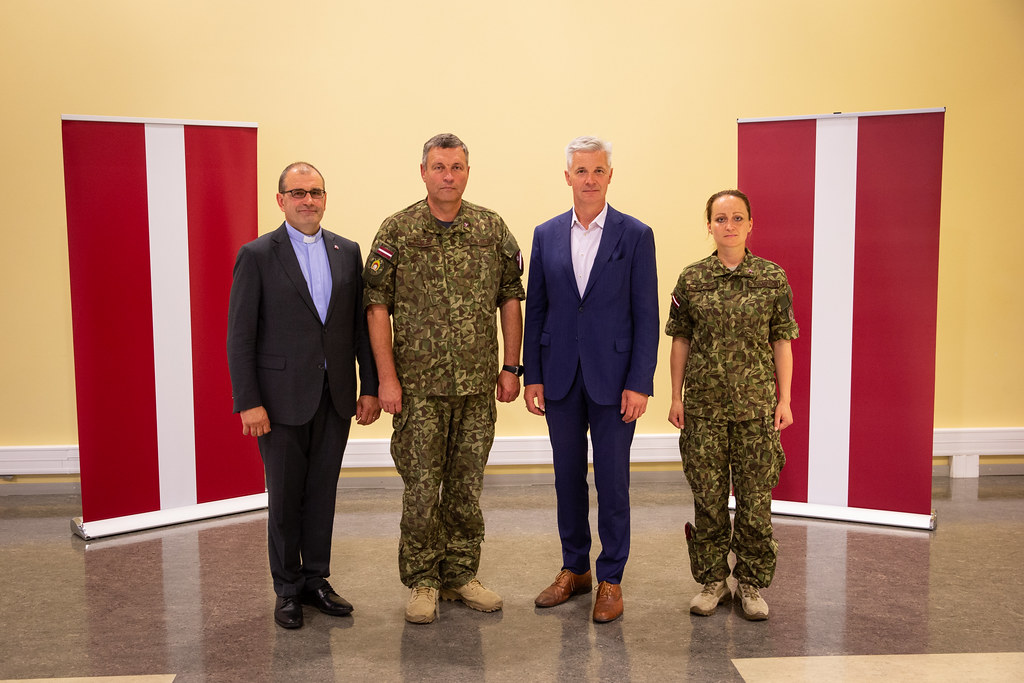