Priorities and objectives for infrastructure development are set in the long term and in the medium term. The Logistics and Defence Investments Policy Department of the Defence Ministry gathers the needs of the National Armed Forces (NBS) and plans the development of new construction facilities and existing real estate, organizes the preparation of planning documents and their further development. The State Defence and Military Procurement Centre (VAMOIC) is responsible for the construction, management and performance of environmental protection measures in the defence sector.

The Logistics and Defence Investments Policy Department of the Defence Ministry in cooperation with the State Defence and Military Facility and Procurement Centre, ensures the implementation and realization of the construction of strategically important infrastructure for the state's security. In recent years, the two largest military bases in Ādaži and Lielvārde have been developed - the administrative structures of military bases and the infrastructure needed to host the NATO Battlegroup.

Real estate of the Ministry of Defence

The Ministry of Defence currently owns 280 real estate objects, 1263 buildings, as well as 271 land units in the area of ​​19762ha. The commissioning period of most buildings is the beginning of the 1960s and the end of the 1970s, so the technical condition of these buildings is either satisfactory or poor. The Ministry of Defence is gradually implementing the construction of new facilities; however, their number is small and does not significantly affect the overall assessment. In order to improve the environment, improve the overall view of the bases and free up space for new constructions, the buildings that are in an emergency, unsatisfactory or poor technical condition are being demolished.

A substantial part of the funding was invested in the Ādaži military base where 2 multi-functional barracks have been built together with co-financing of the NATO Security Investment Programme (NSIP) containing: a sports complex, a building of base fencing and security systems, as well as infrastructure for the needs of the headquarters of the Multinational Division 'Ziemeļi'. The construction of 7 collective equipment warehouses was continued at the base site. The infrastructure was also developed at the Lielvārde military base, where the construction of barracks was completed, and the construction of the administrative building was ensured. The construction work of the first regional individual equipment warehouse has been launched in Riga, which will ensure the supply of Riga garrison soldiers, national guardsmen and youth guards with personal equipment and will be under the management of the National Defence Logistics and Procurement Centre. Similarly, four new buildings were opened at the National Armed Forces base for the Special Operations Command, including modern military and environmental road transport area, helicopter landing area, vehicle maintenance building and munitions deployment area implemented with US co-financing under the European Deterrence Iniciative (EDI) projects. The design of several facilities and military bases in the regions has been started in order to meet the needs of the National Armed Forces, including the Latvian National Guard, in the coming years. The start of construction works of the Sports Complex has been ensured at the Alūksne military base, so that the soldiers of the Infantry School and the nearest region could develop and maintain the level of physical fitness. The construction of an armaments warehouse at the base has also been completed. The building of the headquarters of the 27th Infantry Battalion of the Latvian National Guard was opened at the 'Pipariņi' military base, which started the gradual relocation of the battalion from the territory of the Cēsis Instructor School. Reconstruction works of the existing infrastructure were also performed in Daugavpils, Valmiera, Rēzekne, etc. At the beginning of 2020, an area of 2,042.68 ha in Daugavpils municipality was taken over from the Ministry of Agriculture for the development of the military training ground named “Meža Mackeviči”. The training ground will be an alternative to the military units, conducting individual and collective training and thus increasing the combat readiness of the units in the region, decreasing the number of active training units in Ādaži training base, where it is currently not possible to provide training requests for all NBS units. Also, in the average planning period, investments are planned in the development of the facility, which will provide additional jobs for local residents in the future.

Infrastructure development at the Adazi military base was completed with funding from the NATO Security Investment Program by the receiving state. A large part of the U.S. - funded infrastructure facilities is scheduled to be completed by 2021 with other new projects to be launched in the future. The purpose of the funding is to provide and strengthen the support capacity of Latvia as the host state. In 2020, the construction of infrastructure financed by the Canadian Armed Forces has also been carried out under international agreements.

Also, in February 2020, a memorandum of understanding was signed with the Luxembourg Ministry of Defence, which provides for co-financing of environmental clean-up works at military facilities in Latvia, strengthening Latvia's host country's support capacity. According to the Memorandum of Understanding, Luxembourg will provide EUR 1.2 million in funding for the period 2020-2023. In 2020, the upkeep of the territory of the 19th Kauja Security Battalion of the 1st Riga Brigade of the Latvian National Guard for the total amount of 406,000 EUR was started with the financing of Luxembourg. Completion of rehabilitation works is planned for the 1st quarter of 2023. In addition, at the end of 2020, the Luxembourg side announced a decision to allocate an additional € 5.7 million for the decontamination of the Lielvārde base area.

Cooperation with local municipalities in the territories where the largest military sites are located was continued by allocating budget funds, supporting infrastructure, for example, for the design and construction of road reconstruction.

In 2021, the total national financing allocated to construction amounts to around €70 million, half of which is dedicated to covering existing contractual obligations through construction projects already underway. In Latgale region the planned infrastructure development in Lūznavas military base which includes the 1st tier design and projection of objects, including the warehouse development, infrastructure training and  shooting range design in both Rēzekne and Daugavpils regions.
In Vidzeme and Zemgale regions, the design and construction of the necessary warehouse infrastructure at the Latvian National Guard bases is planned.
In the Kurzeme region, the design, construction and design of warehouses for the needs of the training site “Mežaine” will be continued.

In 2021, the takeover of the already launched state-owned real estate needs will be continued, expanding existing sites and providing the necessary military infrastructure to NBS and allies.

The largest international financial support for infrastructure development is made up of the following sources: 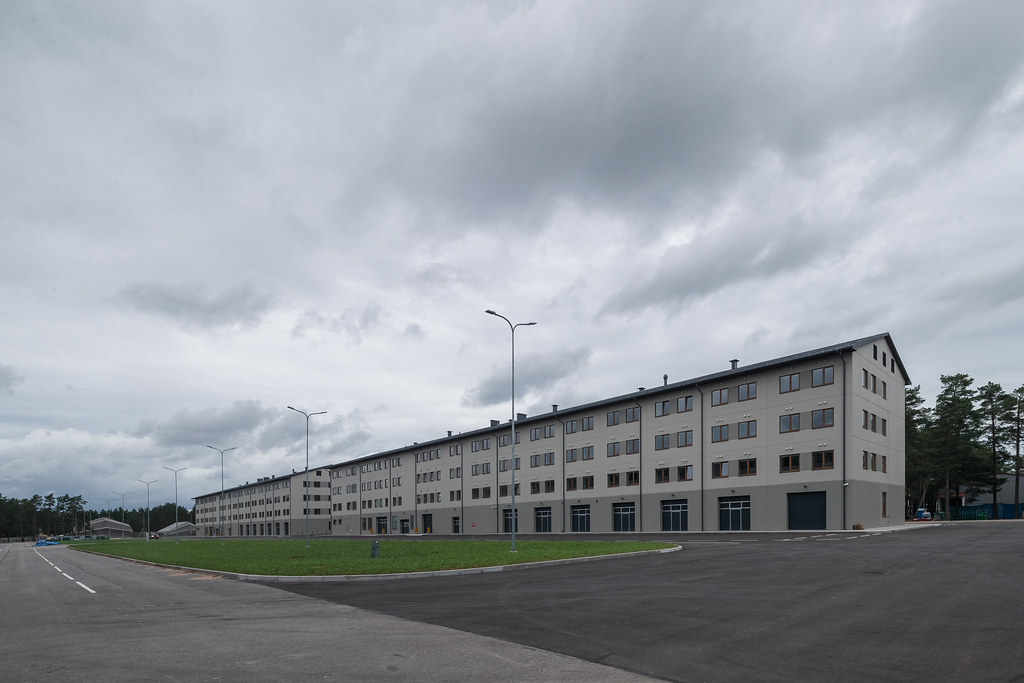 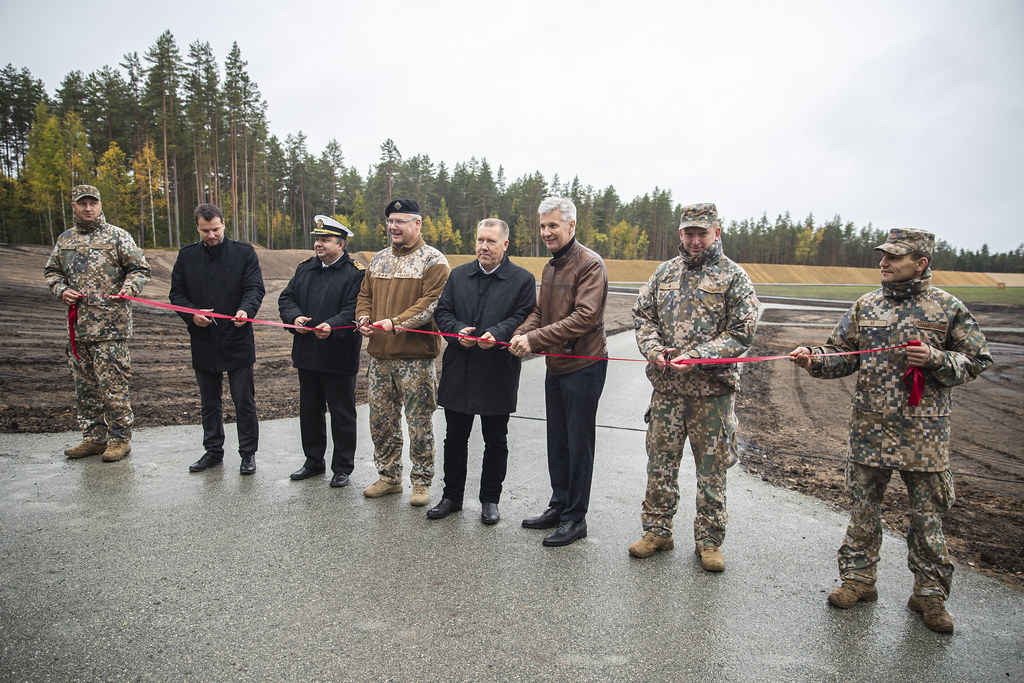 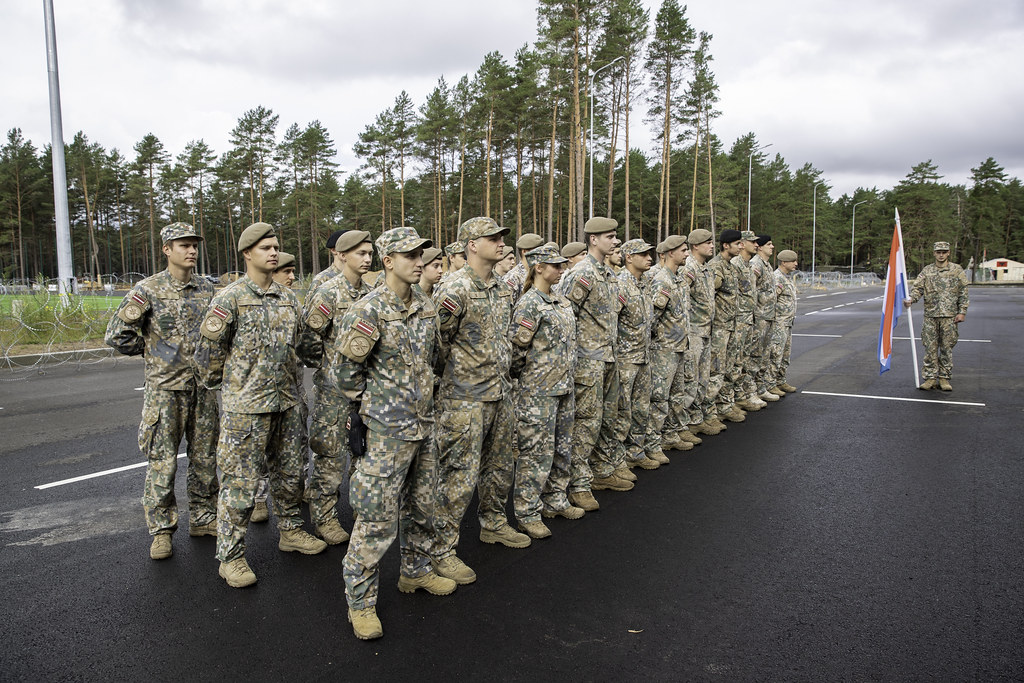