Environmental protection in the action-oriented policy of the defence sector

The compliance with environmental protection requirements is especially important during military training – to maximally reduce the possible risks of environmental pollution, the Armed Forces cooperate with municipalities and State Environment and Nature Protection Institutions.

The management group of the Environmental Management System of the Ministry of Defence develops the environmental action-oriented policy in the defence sector and coordinates its implementation in the State defence sector. The responsible institutions for the implementation of the measures of the action-oriented policy are the Armed Forces and the Environmental Section of the VAMOIC (previously - State Agency for Defence Properties) Management Department, whose task is to implement the measures of environmental protection at the real estate objects being in possession of the Ministry of Defence.

The training programmes of the National Defence Academy, the National Armed Forces Instructor School and the Infantry School contain training courses dedicated to the issues of environmental protection.

The standard procedure is instructing soldiers before military training. In 2008 the book “Environmental Protection for Armed Forces” was brought to attention and re-published. It includes information on environment and its protection that is useful for every soldier (this book was prepared and published for the first time in 2003 in collaboration with Sweden). In 2014 instructions suitable for field conditions were issued for soldiers that participate in training.

The Environmental Section of VAMOIC organises annual open days at the Ādaži Training Area in order to familiarize the public with its natural values.

Pollution and its elimination

Any activity in the defence sector (military training, use of equipment etc.) leaves an impact on the environment. The situation in Latvia has been significantly influenced by the First and the Second World War but the pollution left by military objects from the time of the Soviet occupation is especially harmful. Its elimination at the objects in possession of the Ministry of Defence still continues. According to the Law on Pollution and the Regulations of the Cabinet of Ministers No. 483 “Inventory and Registration of Contaminated and Potentially Contaminated Areas” and to evaluate the actual condition of the environment, in 2002 the visual inspection and registration of the polluted and potentially polluted places at all of the objects in possession of the Ministry of Defence was carried out. All of the potentially polluted places were inspected additionally to determine the amount of the pollution. Soil pollution by oil products exceeded the permissible limits at two objects – the military base “Kaugurmuiža” in Valmiera and the Air Force Aviation Base in Lielvārde.

In 2005, remediation of the polluted soil was carried out at “Kaugurmuiža” in Valmiera. 200 m3 of soil was remediated from pollution by oil products.

From 2007 till 2013 an important remediation project for contaminated groundwater was carried out at the Air Force Aviation Base in Lielvārde. During the process of remediation the groundwater contamination with oil products was discovered to be significantly higher, and the remediation works will continue for several more years.

To reduce the number of potentially contaminated sites, the monitoring of groundwater is regularly carried out, as well as additional research and the elimination of pollution sources, for example, former gas stations. In 2015 twenty territories have been declared as polluted or potentially polluted (compared to 36 territories in 2002).

Waste management in the defence sector takes place in accordance with the Law on Waste Management and the requirements of other regulations. The defence sector is included in the State System of Waste Management and Sorting. Ecostations (short-term storage areas for divided waste, including hazardous waste) were opened at the Ādaži military base in 2008 and the Air Force Aviation Base in Lielvārde in 2014.

Hazardous waste that is still being found at territories abandoned by the former Soviet Army, for example, dichloroethane (toxic solvent), asbestos slate and oil products, are collected and handed over to hazardous waste managers.

Research and protection of natural values

Forest inventories, research of natural values and geo-ecological research has been carried out at the real estate being in the possession of the Ministry of Defence. The necessary measures are taken to provide the necessary conditions for rare and protected species and habitats.

The EU member states have established a common protected natural areas network Natura 2000. The basic condition for establishing the territories is the protection of rare and endangered plant and animal species and their habitats (biotopes) in Europe. Lists of such species and biotopes are included in two EU directives: Bird and Biotope directives; and their protection is mandatory for all EU member states. Since joining the EU, Latvia has also created its part of this network. The network Natura 2000 includes 327 territories. One of these territories is the Ādaži Protected Landscape Area, which covers almost 80% of the Ādaži Training Area.

A co-financed project within the European Commission Programme LIFE – Nature was implemented at the Ādaži Training Area from the end of the year 2006 until December 31 of the year 2009. The project submitter was the State Agency for Defence Properties, partners – the National Armed Forces, the Latvian Fund for Nature and the Nature Conservation Agency, as well as the Ministry of Environment as a project co-financier. The total budget of the project was 905 307 EUR with 50% financed by the European Commission. The main goals of the project were the integration of environmental protection and military interests, provision of suitable conditions for natural values located at the Ādaži Training Area, as well as the exchange of experience, information and knowledge with managers of other “Natura 2000” territories situated on military territories.

This was the first case in Latvia and the Baltic states, as well as a rare case in the EU, when the submitter of a LIFE - Nature project and the recipient of the EU funding was an institution from the State defence sector.

A project co-financed by the LIFE+ programme “Improving the Protection Conditions of Specially Protected Bird Species at the Natura 2000 Territory “Ādaži”” is being implemented from November 1 of the year 2013 until October 31 of the year 2017. Partners of the project implementation are the State Centre for Defence Military Objects and Procurement, the National Armed Forces, the Latvian Ornithological Society, JSC Latvian State Forests and the County Council of Sēja.

The total budget of the project is 1 537 988 EUR, 50% coming from the funding of the EU programme LIFE+, 21% - resources of the Latvian Environmental Protection Fund, and 29% is financed by partners of the project. 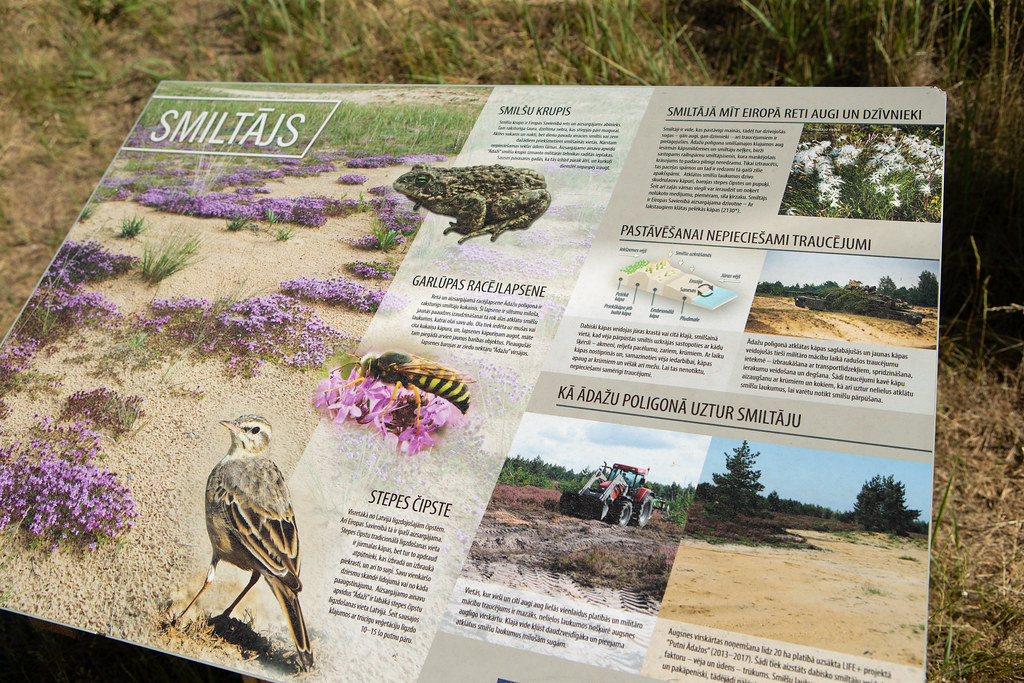 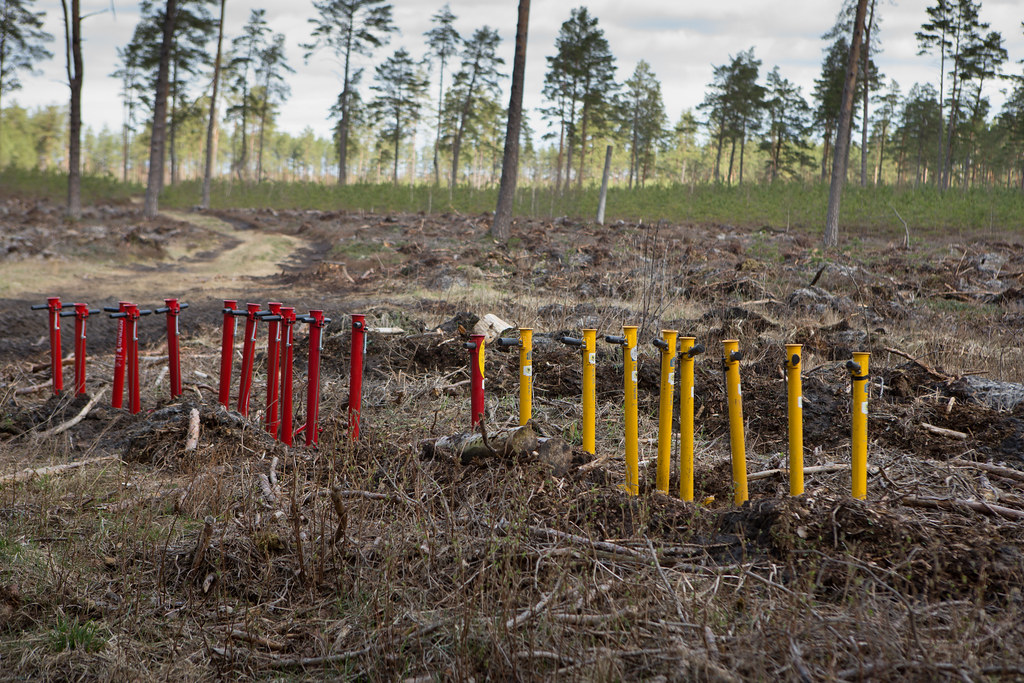